SOUTHEASTconnections: "The Million Mile Challenge is a program that was developed to increase transit ridership and multi-modal travel usage within the Southeast Corridor of Denver. By working as a community and encouraging one another, we hope to decrease travel in single-occupancy vehicles by 1 Million Miles!"

Occupy Wall Street | NYC Protest for World Revolution: "Thanks to that, we organized and set up a march last Friday, attended not only by students from the Ibero, but also from universities such as ITAM and Anahuac. We marched on the sidewalk, without affecting traffic, and shouted slogans to Televisa and other mass media, demanding truthful information and the democratization of the media. We called, this time from many more colleges (public and private), to demand an end to media manipulation and the imposition of a candidate.

Then, we took to the streets, without party, without color, without violence. 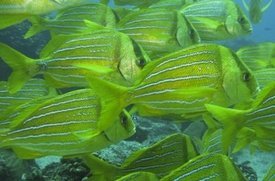 Oceans in Distress Foreshadow Mass Extinction: "PARIS – Pollution and global warming are pushing the world’s oceans to the brink of a mass extinction of marine life unseen for tens of millions of years, a consortium of scientists warned Monday."

Starting May 25, Memorial Day weekend, the free public transportation service will resume ferrying locals from Venice Pier to Playa Vista and back with stops in Marina Del Rey.

Tailored Pedestrian Ads in WeHo, New Bus-Only Metro App - CurbedWire - Curbed LA: "LOS ANGELES: Sure, Metro has a new app covering its whole system, but if you're looking for the heavy duty bus action, there's a new app called Transit LA "that gives you down-to-the-second wait times for any Los Angeles Metro bus stop. It can show where the bus is in real time, find the stop closest to you, and remember all your favorite stops." The app was created by a local freelance developer who "rode the Metro 40 miles a day" in high school, so he knows of that which he programs. And it's free at the iTunes store. [Curbed Inbox]"

Filner Wants Students To Ride City Transit For Free | KPBS.org: "SAN DIEGO — Mayoral candidate and Congressman Bob Filner believes San Diego Unified students should be able to ride the bus or trolley to school for free. He joined other candidates in offering some specifics on what he would do to improve city schools as mayor."

Which climate tipping point will end the human race?

Global Warming is Doubling Bark Beetle Mating, Boosting Tree Attacks Up To 60-Fold, Study Finds | ThinkProgress: "The current MPB epidemic is the largest in history, extending from the Yukon Territory, Canada, to southern California and New Mexico…. To date, more than 13 million ha [hectares] of trees have been killed in British Columbia. The MPB-killed trees in British Columbia alone will release 990 million tons of CO2 into the atmosphere, an amount equal to five times the annual emissions from all forms of transportation in the country. Forests affected by bark beetles also have altered hydrology and biogeochemical cycles. Thus, extensive beetle kill is altering forest ecology and tipping conifer forests from regional carbon sinks to carbon sources, thereby creating positive feedback for climate-change factors."